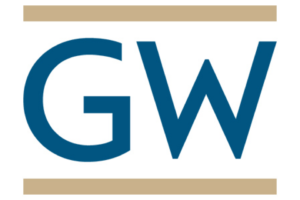 George Washington University offers undergraduate and graduate degrees for incoming and continuing students. This private research university, located in the nation’s capital, is organized into 14 colleges and schools. A wide variety of degrees are available to students who hope to attend this prestigious school.

Undergraduate degrees range from accountancy to women’s and gender studies. Undergraduates can pursue scientific fields like physics, neuroscience, exercise science, and clinical research administration. Students might pursue languages like Japanese, French, German or Hebrew. Arts and humanities majors may be interested in Latin American studies, philosophy, psychology or history. Fine art, film studies, and dance are all options as well.

Graduate studies can be found in multiple academic areas and schools. Students can earn a master of science, master of arts, post-master degree, Ph.D., MD, JD or a graduate certificate. Students may earn these degrees on a full- or part-time basis.

Today, George Washington University is recognized as one of the most prestigious schools in the nation. Publications like U.S. News and World Report, Forbes and The Princeton Review regularly place The George Washington University in their lists of top universities. The school has been named the best in the region, the most politically active and the university with the best newspaper.

The George Washington University is accredited by the Middle States Commission on Higher Education, or MSCHE. This body accredits universities and colleges throughout the middle states region as well as Puerto Rico and the U.S. Virgin Islands.

Applying as an undergraduate starts with completing the common application. Students must submit high school transcripts as well as transcripts from high school and any other colleges that may have been attended. Students who are involved in dual-degree programs or earning college credits while in high school are welcome to apply at The George Washington University. Applicants must also supply recommendation letters and essays for consideration. George Washington University uses letters of recommendation, transcripts, and essays to consider admission. The university does not require college entry admissions test scores, but those may be provided if desired.

Applying to George Washington University’s online campus functions similarly to admission for the traditional campus. Students must complete the application and provide supplemental materials. The different fields of study may have specific requirements, therefore prospective students should pay careful attention to these details. Likewise, all online applicants must provide a primary and alternate school when applying.

Students who attend The George Washington University on campus can expect to spend, on average, about $75,000 per year. The bulk of this cost is due to tuition, which is $56,845. This tuition cost covers any full-time student who is not taking a course overload, or 12 to 18 hours. Students who wish to take less than 12 hours are considered part-time. The tuition fee for part-time students is $1,625 per credit hour. This is the same fee that is charged for any additional courses that are taken as overload.

Students interested in learning from George Washington University’s online campus must consult each individual program to learn about tuition as it varies depending on the course of study. All online programs incur a $70 fee and $55 per credit for books and supplies. Students may attend The George Washington University online campus if they are attending the traditional university in addition to their regular campus. They may also choose to solely matriculate through the online campus.

All students should complete the Free Application for Federal Student Aid, or FAFSA. The FAFSA determines eligibility for government grants. It is also used by The George Washington University when considering need-based grants and scholarships.