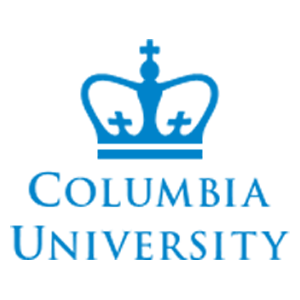 Columbia University appears in our ranking of the 30 Best Online Schools for Graduate Degrees.

Columbia University is home to 15 schools and colleges that offer more than 370 programs for students, including both degree and certificate options. Its School of Journalism ranks as one of the nation’s best and produces graduates who work for some of the top news organizations in the world. Students have the chance to take courses on investigative journalism and other topics that can teach them how to both produce and edit their own content. The university offers both a Master of Science and a Master of Arts in Journalism too.

Barnard College, which is part of the university, offers a variety of programs too such as an anthropology major. Students majoring in anthropology have the chance to go abroad and learn from professors at other schools. This college also offers programs in dance and other types of performing arts. Students need to audition for a spot in one of the programs, but they will then have the chance to dance on stage in front of large crowds.

Columbia is home to a School of General Studies that offers both graduate and undergraduate programs. The ancient studies major allows students to learn more about the cultures that came before them and study abroad for a single semester or an entire year. This school also offers art history and architecture degrees. Those studying art history can specialize in general art history or visual art history. The university also offers degrees in different languages, including Russian and Portuguese.

Columbia University is one of the eight colleges in the United States that make up the Ivy League. These schools have a reputation for being the best in the world and for offering opportunities that students will not get anywhere else. Established in 1754 as King’s College, Columbia also ranks as one of America’s oldest institutions of higher learning. It kept this name for three decades before switching from a royal college to a public college. The university used the name Columbia College form 1784 until it became Columbia University in 1896. After the end of the American Revolution, New York stepped in to help operate the university and keep it afloat. Some of the earliest politicians in America attended Columbia.

Located in the Manhattan area of New York City, Columbia University now ranks as one of the top 10 colleges in the nation and in the world, according to both ARWU and U.S. News and World Report. Washington Monthly also considers it one of the best American colleges. Its architecture and journalism programs also rank among the best programs for college students today. Columbia offers a number of research opportunities for its teachers and students because it receives millions of dollars in funding from private and public organizations and institutions every year. Though the university is quite selective, it still has an enrollment of nearly 28,000 students.

With an acceptance rate of less than 7%, Columbia University is one of the most selective colleges in the nation. Columbia considers factors such as the types of high school classes the student took and his or her grades, the extracurricular activities the student did and the individual character of the student. It has an early decision deadline of November 1 and a regular decision deadline of January 1. Those who apply for early decision will receive an answer from the university by the middle of December.

Undergrads can use the Coalition Application or the Common Application when they apply. They must write a response to a personal essay question, create a list of all the activities they did while in school and submit a short autobiography. Students should also answer any questions Columbia includes. Columbia asks for a secondary school report when the student applies, a second report in the middle of the school year and a test score. Undergrads must submit letters of recommendation from their teachers too. Columbia offers fee waivers for those who cannot afford its application fee.

The university’s graduate application process is fairly similar. Students can submit an application through several different sites, but they’ll need to answer any questions and fill out any sections created by the university itself. They will also supply official test scores and transcripts from any colleges they attended as an undergrad. Some Columbia programs ask for writing samples and/or samples of the research work that students did prior to applying. Most students will need to supply letters of recommendation and a writing sample too.

The average cost of attending Columbia University is close to $31,000 a semester. Students will also pay fees of more than $1,000 each semester. The university uses a points system rather than a credit hour system and bases tuition on the number of points that students take each semester. This amount allows them to take 17 points in a semester. Some programs may charge even more in fees. Graduate students must know what program they want to study because the university offers different rates for most programs. Those enrolled in an MBA or another business program will pay more than $37,000 a semester.

Though Columbia University is expensive, it offers financial aid packages that will seriously bring down the annual costs that students pay. Each school and college within the university has its own financial aid department that can design packages for incoming students. There are both loans and grants that go to undergrads and jobs on the New York City campus for graduate students. The university has scholarships and fellowships too that provide students with at least $1,000 a year. Columbia University tells students to contact the financial aid department relating to their majors to see whether they qualify for any of these special programs.