What Can a College Do to Fight Climate Change?

Colleges can easily take the lead in the fight to combat climate change, between being centers of learning and having a young, activist-leaning base. Schools can not only help motivate climate activists but can also adopt changes to help make a difference. What can we expect from colleges in addressing climate change?

Some of the changes that colleges can take to address climate change are relatively modest, yet effective. For example, compost bins can reduce the amount of biodegradable matter that ends up going into the trash and, therefore, landfills. Compost also makes a good project for students to take part in outside of the regular classroom activities.

Starting up recycling programs on campus gives both students and faculty an incentive to recycle, especially when they no longer need to leave campus to do so. Installing solar panels can help reduce the campus’ overall electricity usage. Though these are relatively small steps, they can lead to more significant changes over time.

Strategic action plans are part of many colleges’ long-term plans. Many campuses have started strategic action plans designed to reduce or eliminate carbon emissions, such as the program started by Cornell University to eliminate carbon emissions by 2035. This ambitious program has been in effect since 2008, with emissions reduced nearly by half from 1990 levels. Gross emissions have been eliminated by over 30% under this plan.

One change that many campuses are often making is switching to more energy-efficient heating and cooling sources. Schools may also opt to purchase their electricity from renewable energy sources. When colleges implement these types of changes, they will often see returns shortly after putting them into effect.

Individual students can make seemingly smaller changes that have a more substantial impact when consistently used. Turning off sink during tooth-brushing is a water-saving change that may seem of little consequence, but can be very effective if adopted by a majority of students. Incentives to encourage the recycling of outdated electronics like cell phones and laptops can also be very useful. 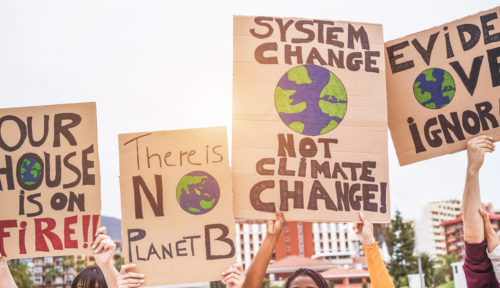 Washington Post shares how food waste is a major contributor to carbon emissions that many don’t think about very much. However, with the greenhouse gases emitted due to wasted food accounting for close to a third of emissions, this area is one where students can make a substantial difference.

With sustainability jobs growing at 8 percent, many wonder how common such programs are in colleges. Sustainability Studies have been part of the offerings at schools for many years now, but an awareness of climate issues has made many students give the programs extra consideration. The Bureau of Labor Statistics reports that jobs related to this course of study are also some of the better-paying options, with environmental scientists and specialists in relatively high demand.

When universities and colleges make sustainability-relate changes, they are committing future generations. Even though many of the changes might appear to be small on the surface, they have the potential to make a change when used consistently.